Mark Geisler is of counsel to The Hoffinger Firm, PLLC. While his practice focuses on civil litigation, including commercial disputes and employment litigation, he also has experience defending clients in connection with criminal matters, products liability cases, and professional malpractice cases, as well as experience negotiating commercial contracts, employment contracts and leases. For over a decade, he served as general counsel to a physicians’ practice, addressing a wide variety of issues ranging from negotiation of commercial leases and contracts to employment disputes.

Over the course of his career, he has appeared extensively in courts including State Supreme Courts throughout the five boroughs of New York City, Westchester County, Nassau County, Rockland County, Orange County and Ulster County, the Appellate Divisions First and Second Departments, Federal District Courts for the Southern and Eastern Districts of New York and the District of New Jersey, United States Bankruptcy Court, Surrogate’s Court in Westchester and Suffolk Counties, and Family Court in New York City and Long Island. He has also appeared pro hac vice in various courts in New Jersey and California, represented clients in mediation proceedings in New York, New Jersey, California and Canada, and litigated before the USPTO Trademark Trial and Appeal Board.

Mr. Geisler has been selected annually as one of New York’s “Super Lawyers” for excellence in General Litigation since 2015.

Mr. Geisler has been selected annually as one of New York’s “Super Lawyers” for excellence in General Litigation since 2015.

Mr. Geisler is a former President of the Board of Trustees of the Hendrick Hudson Free Library in Montrose, New York and has served on the Board continuously since 2004.

Mr. Geisler earned his J.D. from New York University School of Law in 1982, where he received a Moot Court Advocacy Award and was a member of the Moot Court Board.

Mr. Geisler began his career as a confidential law assistant for the Appellate Division of the Supreme Court, Second Judicial Department, analyzing a wide range of civil and criminal appeals and motions. Thereafter, he was associated with Hoffinger Friedland Dobrish Bernfeld & Hasen and successive iterations of the firm, focusing his practice on civil and criminal litigation, business law, corporate law, family law and health law matters.

He then became associated with Skolnick Hochberg & Bernfeld, P.C. where his practice focused on civil litigation and business, commercial and corporate law matters, real estate, health law and general practice. Thereafter, he became associated with Hoffinger Stern & Ross, LLP, focusing on commercial litigation as well as product liability defense with respect to dietary supplements, conducting fact and expert depositions throughout the country and appearing before various courts and mediators, as well as obtaining trademark registrations and counseling clients in corporate and contract matters, commercial disputes and employment matters. 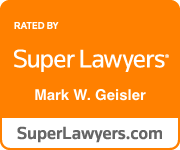